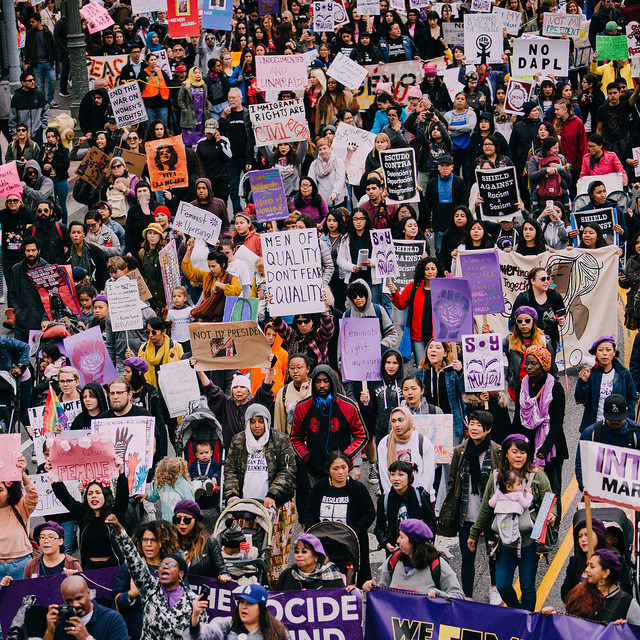 This year in the US has seen a bunch of large and small, well-planned and hastily put together protests. I’ve been to a few. From an experience design standpoint, some of them were better than others. The primary purpose of a protest is to draw attention to an issue by making a public spectacle, and to energize supporters of a given cause.

Today, I want to talk about the latter–the experience of being a protester, and what protest organizers can do to improve it.

I show up to protests when I’m upset about something happening in my culture. This is what I want out of a protest: to feel the community of those around me; to feel like I’m doing something; to connect with groups and leadership within the movement; and to figure out what I could do next to best support the cause. Few protests have been able to meet all these needs.

In addition to the more spiritual needs protesters have, at core, we’re all human and have human needs–to go to the bathroom, drink water, sit down for a hot minute, and hear what’s being said.

Before I begin, I want to point out that organizing a protest is probably hard–like really really hard–and I want to salute the work of the groups who organized the events I’m about to review. You did incredible things! You got us all there! I’m so happy someone organized these events I was able to attend! I offer the following reviews out of love, and in hopes of making future protests even better.

The Women’s March in Boston

Put together hastily over a day or two in the wake of the Muslim ban, this protest took place in Copely square.

The March For Science–Boston Common

A couple ideas culled from some of my failures.

For more on designing transformative experiences, check out Johanna Koljonen’s amazing diagram over at ParticipationSafety. Yes, it’s written for larp, but you could really replace the word “larp” with “protest,” “theatrical play,” “museum exhibit,” or any other type of defined experience.

And if you’re looking for a participation design consultant for your next big event, drop me an email. I know people.

Do you want different things out of a protest? Have different ideas about what makes a protest participatory and effective? Concerns I left out? Let me know in the comments.

One thought on “The Experience Design of Protests”